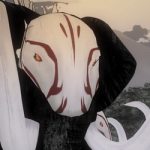 To be added later...

I am placing these here so I can work on them before actually making pages, feel free to correct information. 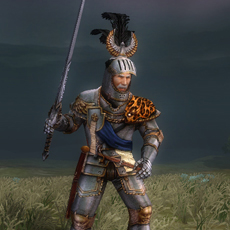 Otto von Gruber was the Elector Count of Stirland. Otto suffered from an ulcer that would eventually kill him, so he entered into a pact with the Chaos God Nurgle, one that would heal him and give him immortality.

Otto would repeatedly commit atrocities, most notably killing the father and grandfather of Stefan von Kessel and branding him with the Mark of Chaos. His actions attracted the attention of Warrior Priest Gunther. After Stefan learned the truth, Gruber was killed by his hands.

Captain Feldsturm is a career soldier, he was trained in the Imperial Artillery Academy (?) of Nuln. Therefore, he was obliged to Elector Count Otto von Gruber, the ruler of Stirland. As a reliable professional soldier and loyal to Gruber, despite his strange behaviour. Feldsturm is not a man who shows his feelings and does not care much for Elves. As a man of few words, when he says something, he means it.

Captain Steimer is a through and through representative of Imperial Nobility. He is very self-conscious, a talented swordsman and a natural leader.

Although his partly contemptuous demeanor makes him appear suferficial, he was brought up from birth to believe in himself and his natural role as an officer, and his long family line bears witness to the devotion of his family for the Empire. Wearing the family name and the family honour are an obligation that he does not take lightly. Stefan von Kessel in his eyes is a upstart who should not have been given command of a military force.

Retrieved from "https://warhammerfantasy.fandom.com/wiki/User:Probuscis?oldid=26930"
Community content is available under CC-BY-SA unless otherwise noted.