View source
Not to be confused with Storm Dragons

"My siblings resent me, thinking me favoured for I am the eldest. They envy my station. They are wrong! I am cursed with responsibility, the ultimate responsibility...Should I fail and the Bastion falls, then Cathay is doomed and they will be jealous of nothing but a wasteland!"

The Storm Dragon
Master of the Storm Winds

Supreme Matriarch of Nan-Gau
Ruler of the Northern Provinces

The other eight Cathayan Dragons (brothers and sisters)

Miao Ying, the Storm Dragon, Master of the Storm Winds and Supreme Matriarch of Nan-Gau, is the Cathayan Dragon who is the ruler of the Northern Provinces of Grand Cathay and castellan of the Great Bastion.[1][2][6][7]

As the eldest child[7] of the Cathayan imperial family, Miao Ying is an immortal Cathayan Dragon who can take on Human form. This makes her an incredibly powerful combatant, an amazing wizard, and a natural leader of Men.[1] Miao Ying is arguably the most powerful Dragon alive today in the Known World save for her father and mother, the Dragon Emperor and the Moon Empress, respectively. Immense power and immense responsibility land on her shoulders, and she can seem cold and aloof in comparison to her siblings. The defence of the realm, the future of Grand Cathay, and much more is quite the burden to bear.[5]

Cold and aloof, she has ruled over the Northern Provinces for centuries and maintains their defences with strength of arms and wondrous war machines. For the Great Bastion is the shield that protects Grand Cathay from the Ruinous Powers of the Northern Wastes, and while it stands strong so too does Cathay prosper.[2][6]

Largely considered the favourite of their father by the other Cathayan Dragons, the Storm Dragon lords her position over her siblings and when they meet often stands apart from them.[6] Her younger brother Zhao Ming, the Iron Dragon, in particular, is a far more gregarious character and gets especially offended by Ying's aloofness.[7]

Despite her power, the Storm Dragon has a significant task in the defence of the north, and her armies are almost constantly at war. Added to this is the independence of the lords of Nan-Gau, whom she relies upon to arm the Great Bastion with their wondrous war machines. Outwardly they work together, but the lords often scheme amongst themselves and against her, dividing her attention from the empire's enemies beyond the wall.

Her vaunted position also means her father entrusts her with important tasks, some of which can put her at odds with her siblings, especially if she is required to deal with Chaos incursions within the empire itself.[6]

In Mandarin Chinese, the Storm Dragon's name is written with the characters 妙 (Miào - "Wondrous; excellent; fine and subtle") and 影 (Yǐng - "Shadow"), which can be translated as "Wondrous Shadow."[4] 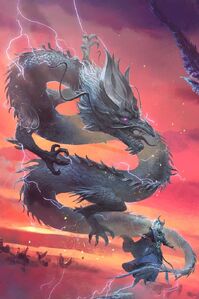 Miao Ying in her true form as the Storm Dragon. 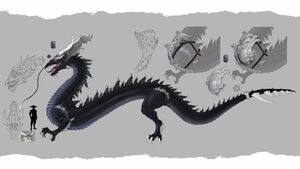 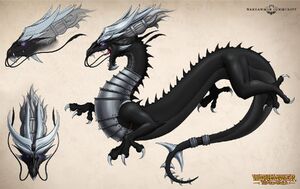 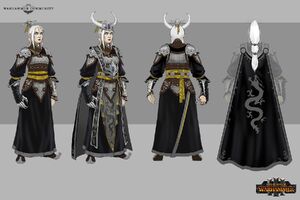 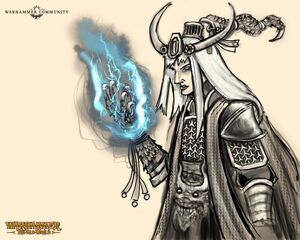 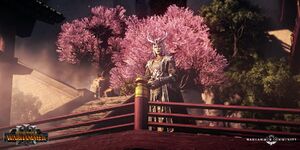 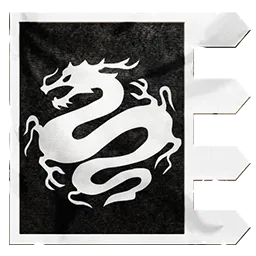 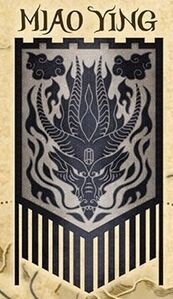