Turns out we were all wrong, nurgle isn’t finished with his plague yet, other gods will just have to hold on a hot damn minute!

Slaanesh it’s your time to shine 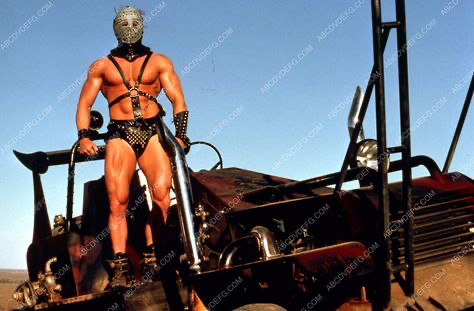 I doubt it will be anytime soon, probably a preorder bonus sort of situation for WH3.

Im leaning a bit more to the latter since they both need some serious love.

Confirmed it is new after last patch.

Im unsure if that means all realms of man are able to build the special building or if it’s locked out currently.

It very well could be. It’s the only location in the mortal empires map that has that text. 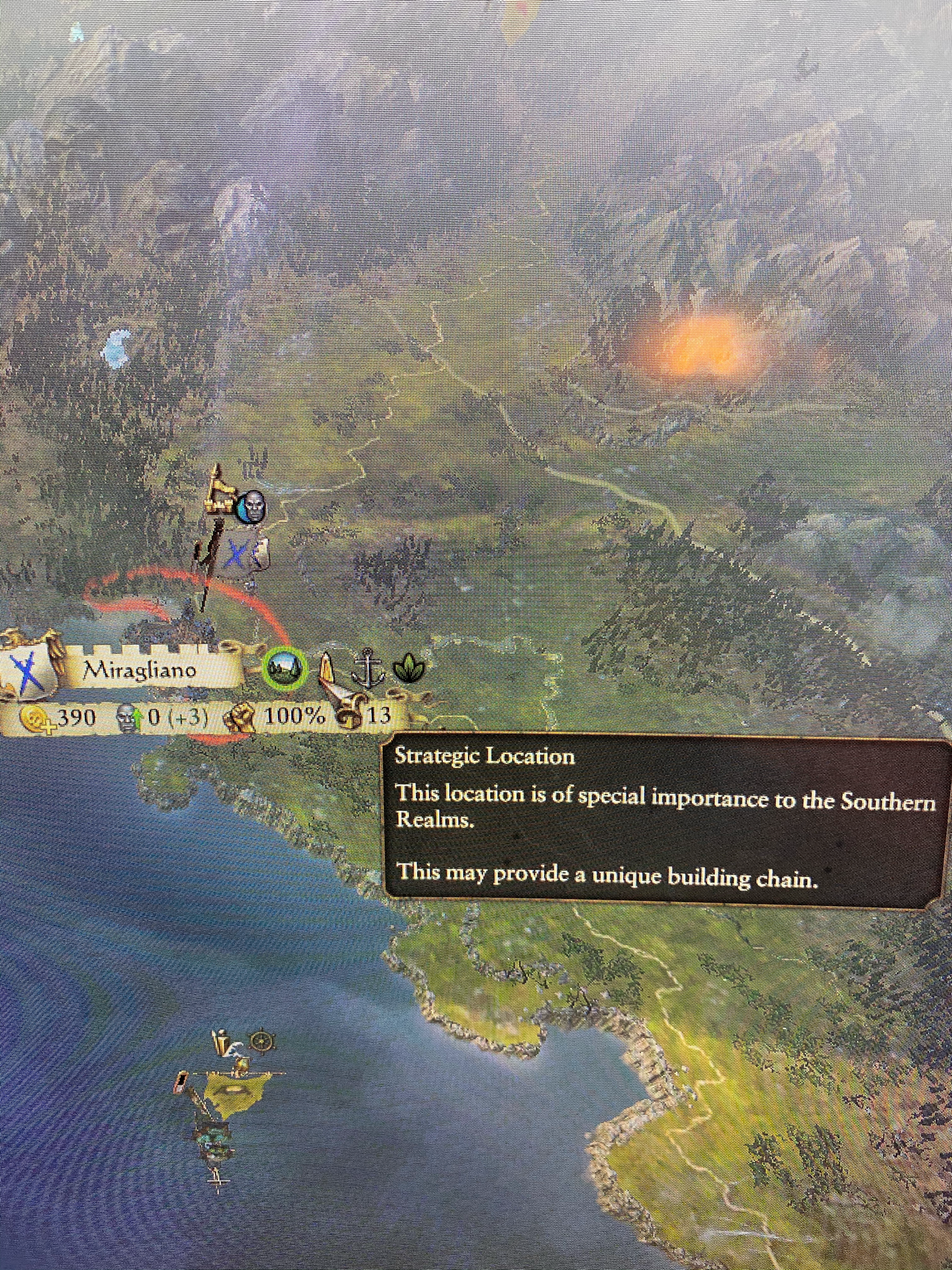 Dont want to read into it to much but this might foreshadow things to come? Probably a year away as I think a southern realms dlc would be a pre order bonus for WH3

They definitely know which herbs are the best to smoke

I call the "Magics in the air update"

That was one of Mannfreds special rules though, "He uses spells from both the lore of vampire and the lore of death." so at any point he could switch it around.

But for mazdamundi, Teclis, and Kairos, they all had to choose before battle which spells/ lore to take with them.

Yeah its a little weird why he mostly has lore of heavens spells, he had access to all 8, in multiplayer they should let you choose which lore you want to use.

How should they do it for campaign though? like maybe you could choose a lore to be completed for you at the start of the game, but as you level up you can fill up other lores and switch to them in battle? or maybe you have to choose which you're using before battle?

Lizard men, Dark elves, Empire, and Woodleves are all missing a few of their mages!

Before we get started I want to say I am super happy with the way CA implemented mages for the high elves, they completely filled out the roster of both lords and heros for them, and I love that the fire mage can basically become a dragon mage. I just feel that the other races that dable heavily in magic in the world should have just as much access. I also have to say I am excluding legendary lords in everything I talk about here.

The Empire is missing a gold wizard/ Alchemist for their battle wizard heros. However, in 8th Edition they also had access to Battle wizard lords of all 8 winds of magic, something that they could do that would be really kool campaign wise is where you could recruit the matriarchs/ Patriarchs of each of the colleges to be lords of your armies, and give them the unique sort of skill each of them have.

The Darkelves are missing life, heavens, metal, light lords and heros, they had access to them in 8th edition, it just makes sense they get them same as the high elves.

Lizard men are interesting because the only access you had to all 8 winds and high magic was through their Slann, skink preists had access to lore of heavens or beasts, but essentially if your lord was not a slann you did not get access to any other magics. currently they are missing metal, beasts, shadows, and death Slann.

And woodleves are the ones who are missing the most, currently they only have heros that have access to shadows, beast, and life. In 8th edition they had spellweaver lords who had access to either high or dark magic, or one of the 8 winds of magic, and they had spellsinger heros who had access to one of the 8 winds of magic, personally this one thing id really like to see get rectified in their rework cause it would make them more fun and competitive in the game.

And while we’re on the topic of magic users, I’d like to also say id like an animation rework of the rune of wrath and ruin, in the lore and basic description in describes it as the earth being torn asunder and rocks and lava shooting out of the ground, but in the game its like a sparkly glitter that hangs around an enemy. I just think such an epic rune should have more of visual impact, especially given some of the truly epic look of some of the spells that exist in game currently.

If I missed any let me know!

Just chillin bro, what’s up with you.

I think the next one we will see will be woodelves vs beastmen DLC. With a rework for both of them because they are in dire dire need of them.

Ariel vs taurox the brass bull would be kool, I know that lore wise they don’t really have anything against each other, but I think taurox fills a roll that is currently missing in the beastmen army.

Also would be really kool of Durthu got a new start position.

Maybe vampires FLC with this? Since they’re in a pretty good place campaign and unit wise.

But I also think we will see a dwarves vs skaven dlc before then end of Warhammer 2 giving us Throt the unclean, finishing off the last of the great skaven clans (save for thanquol which will be game 3)

A slight rework of dwarves would be kool, maybe something where the more of the Karaz Ankor You unite the better buffs you get? Maybe a fix to their underway mechanic? and also a new start position for Grombindal .

And hopefully a full warriors of chaos rework with that and new start positions for either kholek or sigvald with a warriors FLC lord.

A reply to Planeta Jupiter
0

Yes, I can agree with you on that one.

A reply to Planeta Jupiter
0

CA is not allowed to make add ons that was never official GW content.

Aside from war master, and the golden magus from dread fleet, Araby was never truly flushed out by GW.

Personally, if we were to ever see Araby added in at any capacity, it would be part of a “minor races” DLC along with other Warhammer races that are t able to fill out their own army lists. (Albion, Amazon, Araby, Southern kingdoms)