They already did in the End Times.

Grimgor took Greasus giant Scepter and cracked his skull with it.

Gromril is considered the hardest material in the warhammer world. You guys have it the other way around. The reason why Runes are often placed upon Gromril armor/weapons is because of its durability in containing so much magical power. Mundane weapons made of other material couldn't handle the containment of Runes to the same degree as Gromril. Also, Gromril can last forever. Armor will never rust or corrode and weapons will remain forever sharp.

Also only weapons of unbelievable potency, such as magical weapons, can even pierce Gromril. No simple weapon made from natural materials can pierce Gromril at all.

It's only weakness are two things; the first is that is is INCREDIBLY rare, one of the rarest metal in all the world. The second is that it is really, really heavy, more so than steel and other metals.

(edited by Grey Knight Dante)
A reply to Cryptidhunter1
0

A reply to Great Gobbo
2 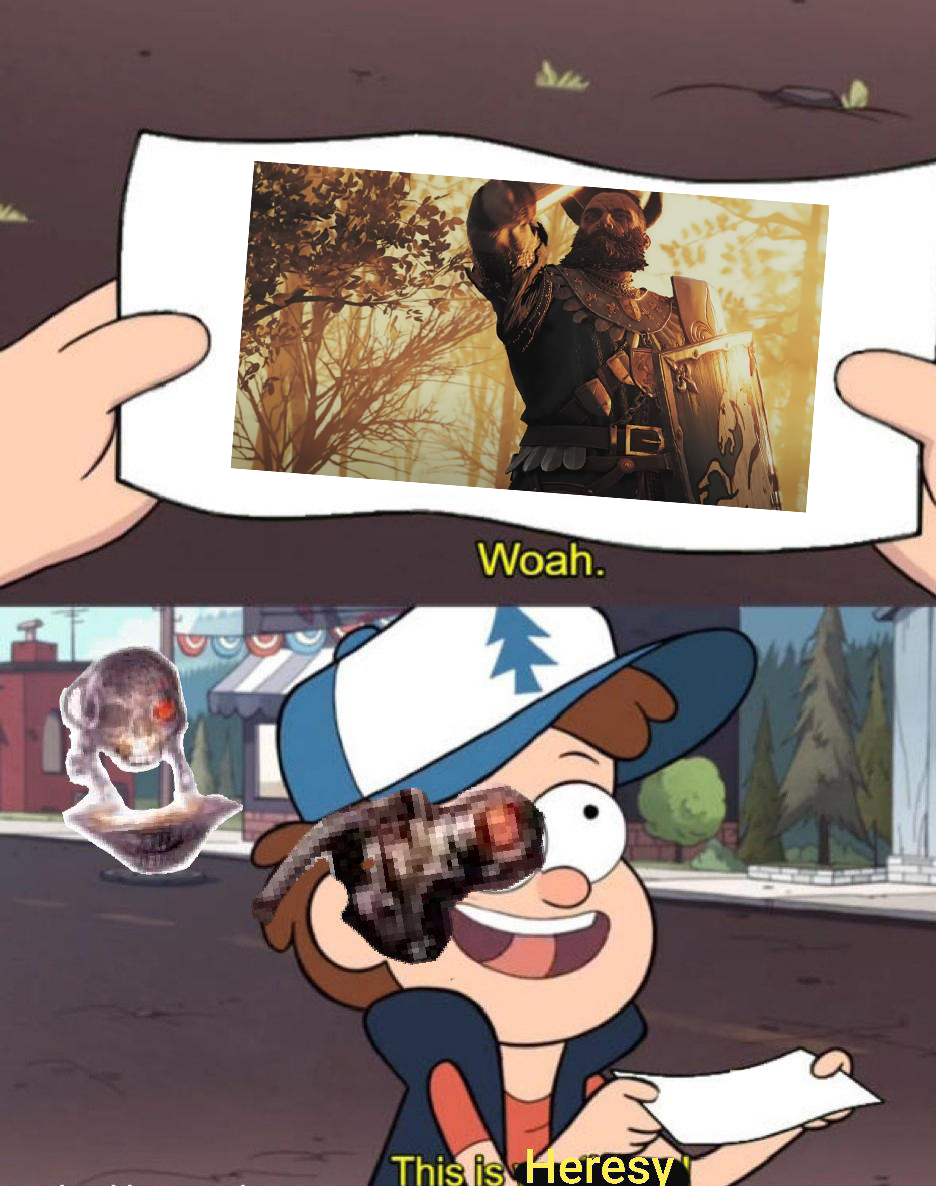 (edited by Grey Knight Dante)
A reply to Great Gobbo
2 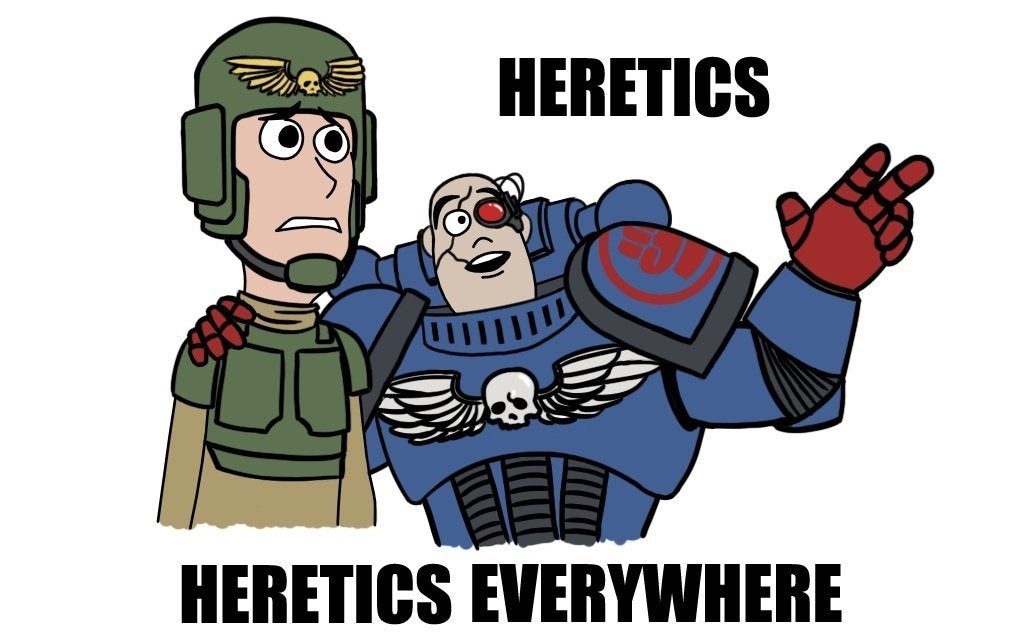 If Vlad was Emperor, it would be like a sherperd and his flock. A good sheperd always takes care of his flock....but all the sheeps realize they are all but cattle. When it is their time to go, you have no say in the matter.

I felt 85% certain you were gonna post something lewd haha

Read about Canto the Unsworn.

"‘I never wanted this burden. It just came on me. I’m only a man...I’ve only ever been a man. A wicked, evil man, who has done wicked, evil things. But I was never a monster. Never that.’"

I mean....They can't build anymore Steamtanks if the one's they keep on building keep getting destroyed

A reply to Emperors Potato, Lord of Dawi and Spuds
3

Actually. Greenskins do pee. In Orcslayer, Felix Jaeger was urinated on by an Orc while hiding underneath an outhouse. Just wanted to put that out there.

Dang....you had an awsome chance to write "Drinking the bathwater of some hoe"

It's from the Norscan main page if you like to read it. It's at the language section. Norseman are easily offended it would seem.

(edited by Grey Knight Dante)
A reply to Cryptidhunter1
3

As the Norse venerate all things masculine, disparaging a man's warrior and sexual prowess is not only humiliating but also infuriating to hear. To speak of a man's sword is a particularly common jibe, thus impugning both his skill at arms as well as the size of his manhood [7b].

Comparing a man to faithless Imperials, thus implying disfavour with and disloyalty to the Dark Gods and to the clan and ancestors themselves, is yet another sure-fire way to provoke a Norseman into a terrible rage [7b]. And woe unto those foolish enough to imply that a Norseman was used as a woman in the bed of another man, for to utter such cravenness would transform even the lowliest Norseman into a rampaging berserker certain to cut down dozens in a psychotic fury [7b].

Also also.....idk if you know, but these guys are huge....Ghurk is just a little bit shorter than a giant 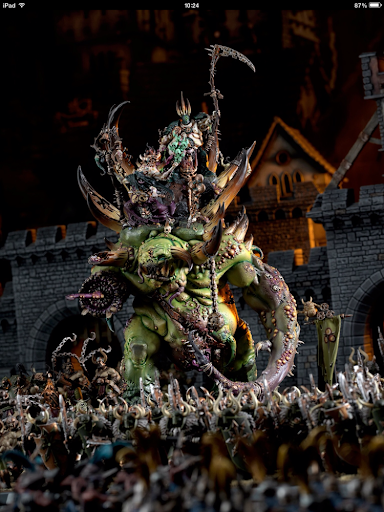 Also.....Ainz is a bitch compared to my boy Nagash ! 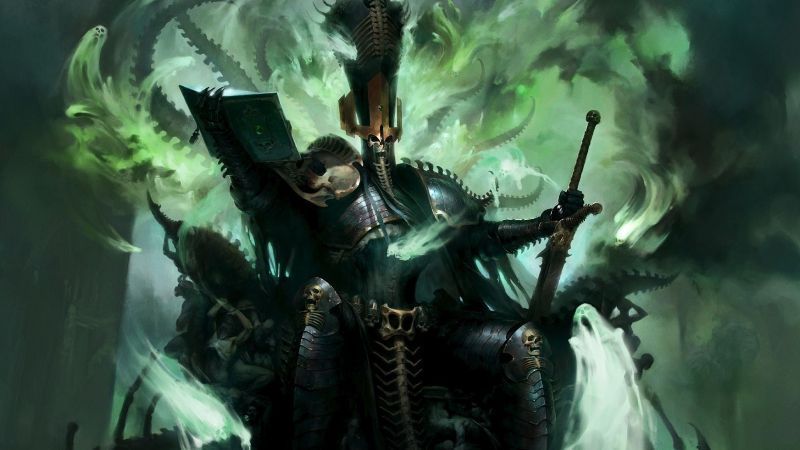 Explain to him that its their unholy abilities with disease which makes them so powerful. You can be the most fearsome Dragon or the largest Giant, but what can one do when he is infected with a lethal disease that no claw or blade can fight? People tend to forget that the greatest deaths caused by humans is not war, but disease.

Otto and Ghurk jsut have to infect them with their disease. A dragon bites them? Infected.

Nah its true. The book "Skarsnik" confirmed it. They are grown from mushrooms.

Its pretty logical. You can say that an agent of Malekith stole an ancient and extremely powerful artefact from the Lizardmen. Such is it's importance that Mazdamundi rallied together the two lords and led an invasion force into Naggaroth.

You can say that this was the first ever major incursion into the lands of Naggaroth and it led to the destruction of a non-canon Dark Elf city.

Such are the perils of Lustria!