Skarsnik would be my best guess

It's not Skarsnik. The Black Gobbo is his own character. Grombrindal is the white dwarf, and represents everything that's good about the dwarfs. The Black Gobbo is like his arch nemesis, and represents everything bad (or good depending on view point) about the goblins. They've done special edition white dwarf magazines in the past that the goblin has taken over. They also released them both as characters for the blood bowl game for their respective teams.

"The Black Gobbo is a despicable creature who is so untrustworthy that even other Goblins don't really trust him. Which, in true greenskin spirit, actually generates a lot of respect for the Black Gobbo from these tiny, mean-spirited Goblins! Originally a puny Night Goblin known simply as Skitgit, the Black Gobbo possessed something that most Goblins lack: ambition. It took years of effort to become a full-fledged Night Goblin Warboss. The sheer number of underhanded, sneaky, backstabbing, traitorous, greedy, and cunning deeds Skitgit undertook in his career is absolutely astounding.

Dwarfs have much reason to hate him, as Snitgit made quite the career of trapping them and then stealing their prized possessions. Once he had gathered enough Dwarf loot and fellow conspirators, Snitgit made his move and successfully dethroned Warlord Izgabit Wuzzit. From that day forward, he became the Black Gobbo, and he continues to cause trouble wherever he can!"

I took this from this page, here is the link to read more. He sounds like an interesting character. I think if I start a new campaign on Total War Warhammer II, I will rename a Goblin Warboss after him. 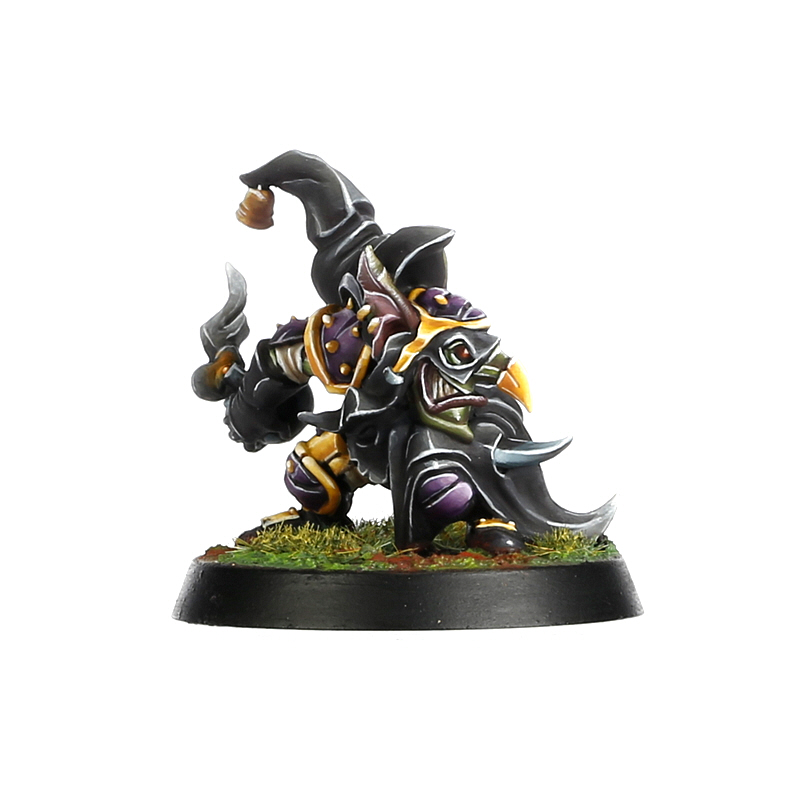 Here are a few other pictures that I found. 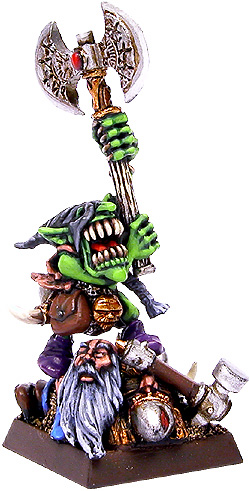 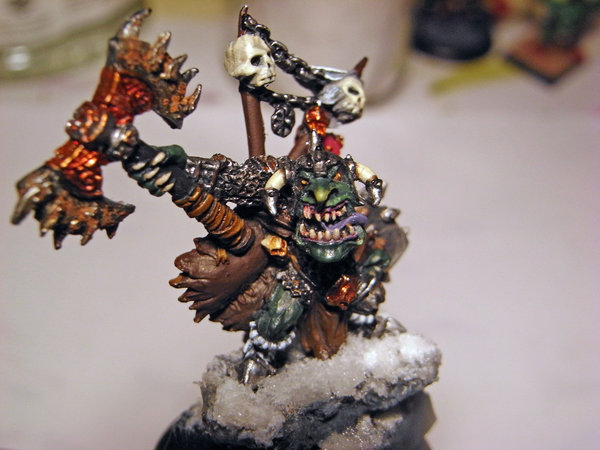